A few weeks back we sort-of announced, via our various social networks, the sequel to what is probably our most beloved game - Hurdle Turtle 2!  Well, now we'd like to full-on announce it all officially and stuff - HT2 will be releasing on Xbox Live Indie Games later this year!  We have some brand new screenshots for you as well!  Click the pictures to embiggen. 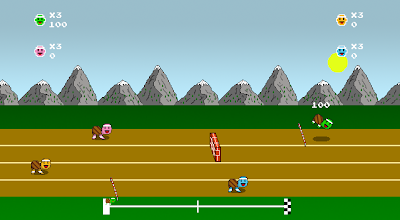 Hurdle's got a brand new posse. 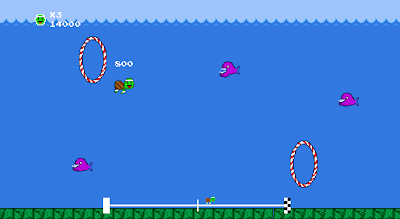 See?  Not a tortoise!
These images show the game in progress and do not necessarily represent the final version.

As you can see, there's a bunch of changes and new features that have been added.  Graphics are tighter, Hurdle actually earns his Turtle title by swimming through some stages, and there is now 4 player local co-op!  Believe me, if you thought the original got crazy as the speed poured on, just you wait... ;)

In addition to all of that, Hurdle now progresses throughout a series of stages - no more endless running for this turtle!

As if all that wasn't enough, another treat is that Octapus is back with another amazing chiptune-inspired soundtrack!

There are other surprises in store as well as development continues, and you'll find out about them first-hand right here, so stay tuned!

What we got goin' on!

Check out our previous posts!

Want to find something specific?

Keep up to date by subscribing!